While wintertime in the Edwardsville, IL area isn't known for record-breaking temperatures, snow and ice are usually a given. This makes for lovely winters but can present a safety hazard for you, your employees, customers, and tenants. Fortunately, the ice is nothing a commercial ice removal service can't handle. But when it comes to deicing your commercial property, which should you choose - rock salt or calcium chloride?

Deciding whether to use rock salt or calcium chloride is a matter of considering the melting rate of these two deicing agents, along with taking the temperature and cost into account. Calcium chloride can melt at lower temperatures. However, rock salt is more cost-effective and often more than enough to melt the ice, given the weather here doesn't usually drop below the teens.

While the differences between rock salt and calcium chloride may not be readily apparent, they are two very different products. Here's a quick breakdown of each.

Rock salt - Whether you've used it as a deicer or not, there's a good chance you're already familiar with rock salt. That's because many of us season our food with the consumer version of this product - table salt. In addition to the term rock salt, you may sometimes notice people refer to it as sodium chloride. Rock salt is the byproduct of seawater or mining stone deposits known as salt mines. When ocean water evaporates, the minerals left behind crystalize and form salt crystals.

Calcium chloride - Though it is also a form of salt that can occur in nature, calcium chloride, or "ice melt," is rarely formed on its own. At least not in quantities sufficient for commercial production. Instead, ice melt usually emerges from a chemical reaction between limestone and ammonia or limestone and hydrochloric acid. If you've ever seen a commercial ice truck spraying the road with a liquid-like substance, this was likely calcium chloride.

The Melting Rate of Rock Salt Vs. Calcium Chloride

The temperature must be greater than 32 Fahrenheit before ice melts, as this is the temperature at which water freezes. However, since the chemical compounds in salt lower the freezing point of ice, salt can melt ice even when temperatures outside are below 32 F.

Rock salt - Since rock salt can only disrupt the bond between ice and the surface beneath it, rock salt must rely on the water within the ice to help dissolve the ice. Thus, outdoor temperatures must be at or above 15 F before rock salt can melt ice.

Calcium chloride - Ice melt can melt ice in temperatures as low as -20 F. When combined with water, the melting rate is even lower as calcium chloride produces heat as it dissolves into water.

As mentioned above, calcium chloride can melt ice in temperatures as low as -20 degrees Fahrenheit. Rock salt, on the other hand, needs the temperature to be at or above 15 degrees Fahrenheit before it is able to melt ice. While some areas will find rock salt problematic because the temperatures are regularly below 15 degrees F in the winter, our area doesn't have that issue. Based on 29 years of records, Edwardsville, IL temperatures average between 26.3 degrees F to 30.8 degrees F in the winter months. This means that both rock salt and calcium chloride will be effective in melting the ice in our area.

Until understanding the relative cost of each product, you don't have enough information to decide whether to purchase rock salt or calcium chloride.

Calcium chloride - On average, a 50-pound bag of ice melt is likely to cost $25. The cost difference is significant when you factor in the quantity of bags necessary to be effective in most commercial situations.

Our company uses a little bit of both! Rock salt is used for every area except for sidewalks, where we ensure that ice is melted as quickly as possible by using calcium chloride.

Call us for your commercial ice removal needs!

We help our commercial clients keep their properties safe with our snow removal and deicing services. We use both rock salt and calcium chloride to melt ice as well as prevent more from forming. If your property is in Edwardsville, Glen Carbon, Bethalto, or a nearby area in Illinois, we can help manage ice at your property this winter. Call us today at (618) 374-0010 to get on our calendar.

Thanks for your feedback! Your comments have been successfully submitted! Please note, all comments require admin approval prior to display.

There is a problem with your comment, please see below and try again.

There have not been any comments left on this post. 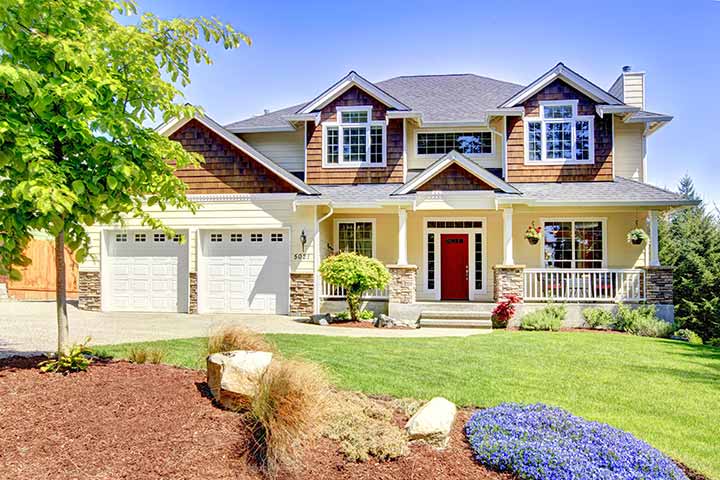 The landscaping and lawn care pros at Creekside Landscapes have the knowledge and expertise to answer your questions about how landscaping and proper lawn care can keep your property the best looking property in your community. Fill out our online form to request a quick estimate for services in your area.

By submitting this form, I agree that my phone number and email address may receive communications regarding service notices, billing communications, promotions/deals, and other notifications from our company. These messages may be delivered via email, SMS, calls, or voicemails. You can opt-out of SMS communications at any time by replying "STOP". You can opt-out of email promotional communications at any time by clicking the unsubscribe link. Your information is only used internally to provide/offer services and never sold to any 3rd parties. For more information, please review our privacy policy.
Wanna join our team? Apply online.

Fill out our online employment application for consideration.